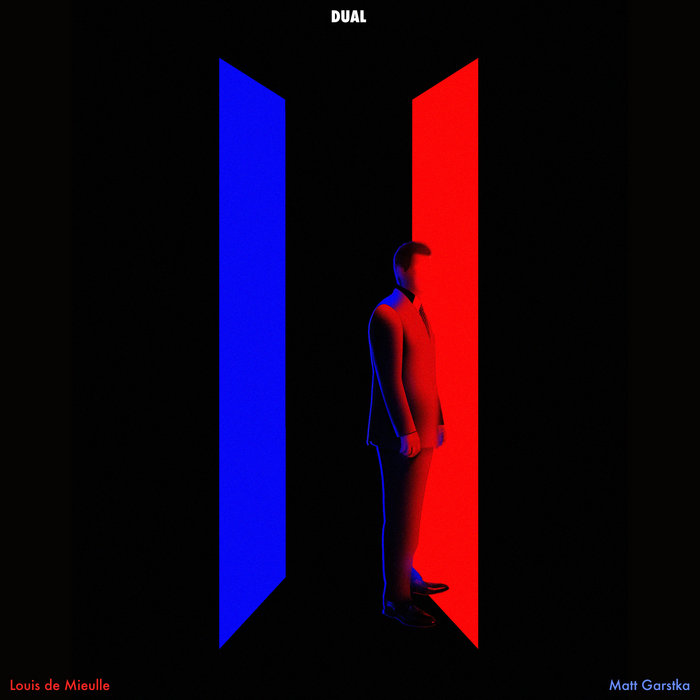 mobius11729 Trying to get a good feel for every track on the album is amazing an then calling your musician friends and seeing the trip over it is fun too! Favorite track: Newton Disco.

Sven B. Schreiber Some time ago, I was learning to play drums for two years, but frankly, never really was anywhere close to what I'd call a real drummer. However, it helped me to understand the secrets of rhythm, and that it's not the bass drum that creates the magic of a great groove. It's the snare drum! And it's painfully hard to get it right. Please forgive this little outburst of philosophy by a desperate wannabe-drummer, but that's just the way I feel it. Nevermind, there's plenty of awesome snare wizardry in Matt Garstka's grooves, which provide the basis of the tracks here, and that's one thing that really thrills me on this album. The other thing is the jaw-dropping polyphonic counterpoint Louis de Mieulle builds upon the drums, resulting in first-class fusion with an interesting, somewhat unusual approach. Favorite track: Snub Cube.

Can This Even Be Called Music?

Can This Even Be Called Music? Polyrhythms galore, and the harmonic and melodic concepts brought on by Louis and the various guest guitarists are infectious.
Review: wp.me/p3mIfa-odi

"The underground modern jazz album you didn’t know you needed. (...) A truly impressionist and modern architecture. Polyrhythms galore, and the harmonic and melodic concepts brought on by Louis and the various guest guitarists are infectious." [Dave Tremblay - Can this even be called Music?]

"A spidery, hypnotic beast that develops into strange textures and melodies. It is gratifying that amongst all the identikit fusion out there these days that someone is taking risks and forging new paths. If you have an ear for true progressive music, you need to hear this." [Roger Trenwith - The Progressive Aspect]

"A fascinating and wildly experiment romp of math rock and neoclassical polyphony. The music is enigmatic and at times downright perplexing.
(...) It's a very enigmatic mix that takes me to acid jazz and experimental rock places I have not been before.
(...) I'll say this, as I write this review, I find it strangely ideal to have it playing while working. There's a productivity to the music that is motivating.
(...) The big sell on this album is originality and boldness." [Rebecca Rothschild - Divide & Conquer]

All drum grooves and concepts developed by Matt Garstka and recorded first.
All melodies and harmonies added by Louis de Mieulle afterwards. Drums edited accordingly.
From the 25 minutes of recorded drums, about an hour of music was created.
DUAL is the first part of that collaboration. Second part to be released Summer '18.

DUAL:
Having a double character or nature
A notion of paired concepts that mirror one another
Within every independent entity lies a part of its opposite
Contrast between Set (disorder) and Osiris (order)
Mind and Body, Consciousness and Matter, Soul and Body
Abstract musical ideas - and their realization.

Interviews With Butcher Brown and Slauson Malone, plus LP of the week by SAULT.